A determined group of residents saved their streets by taking them over.

Granby Four Streets Community Land Trust was set up in 2011 by community campaigners who had opposed the demolition of houses and shops, and the relocation of residents. Four Streets aims to renovate all the houses in the Granby triangle, providing homes for 250 families.

The Toxeth area of Liverpool was deeply affected by lack of investment and unemployment, and following the 1981 riots, more shops went out of business and empty houses appeared. In the decades that followed, housing associations and the City Council began a demolition programme with plans for new builds rather than to renovate existing properties.

Residents in the Four Streets responded by cleaning and planting up the streets, painting empty houses and even setting up a monthly community market to improve the area. After its founding, the Granby Four Streets successfully negotiated with the council for ten homes to be transferred to the CLT for renovation in 2012. As well as renovating homes, the CLT has also attracted media attention and funding for its Winter Gardens communal space after the designs won the 2015 Turner Prize.

Michael Simon, the community development co-ordinator for Granby Four Streets, told Far Nearer: ​“I think everyone should take an interest in their own community. If you’re not taking an interest in the community where you and your family live you won’t be able to do anything about it when things go wrong. It’s about being involved in a community, not just the bricks and mortar, but more things like why should your child be shipped from pillar to post to take part in activities when those activities could easily take place in your environment.” 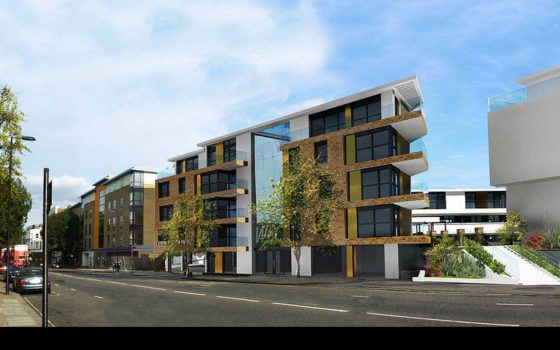 After a decade of campaigning, this community land trust has tied prices to local incomes.

Alliance of residents and campaigners fought for former women's prison site to be used for collective good.