‘YnNi Teg’ means ​‘fair energy’ in Welsh. It is also the name of a community energy project in Carmarthen with a 900kW wind turbine, built in 2017. The turbine generates enough energy to power 650 homes.

YnNi Teg is a Community Benefit Society, meaning shares in the society are owned by individuals around Wales, the UK and internationally. Member shareholders are part-owners of the turbine and receive 4% interest, as well as electing the YnNi Teg board. The surplus income for the project is split between a fund, which will be spent in consultation with the local community, and Community Energy Wales, a social enterprise.

YnNi Teg hopes to build new renewable energy projects in the future. In 2017 YnNi Teg won the Sustain Wales/​Gwobrau Cynnal Cymru Community Energy Photo Award. The society says: ​“Our mission is to help Wales develop a clean energy future, mitigate climate change by installing renewable energy generation, and to do this in a fair and democratic way by spreading the ownership and benefits across the community rather than concentrated in the hands of the few.” 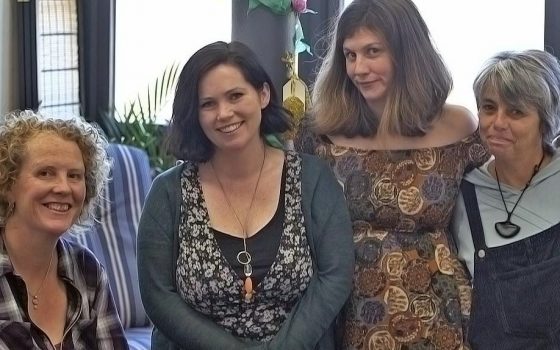 A once illegal fishery has been reborn as a model of sustainability.